This is the tombstone of David Casto, located in row 8 of Zion Lutheran Cemetery, Schumm, Van Wert County, Ohio. The marker is inscribed:

cows grazing by a river and says Greetings from Willshire, Ohio. It looks like it could be the banks of the St. Marys River.

The postcard is from Mr. and Mrs. Joseph Bowen, who write:

We Will Never Forget

We will never forget. September 11th, 2001. Nearly every one of us remember where we were and what we were doing 20 years ago

This is the tombstone of Elizabeth (Herzog) Brenner, located in row 8 of Zion Lutheran Cemetery, Schumm, Van Wert County, Ohio. The marker is inscribed:

The star symbol on a tombstone can symbolize divine guidance, eternity, or immortality, as well as hope, dreams, and life everlasting. For early Christians the five-pointed star represented the five wounds of Christ. 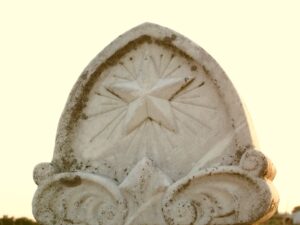 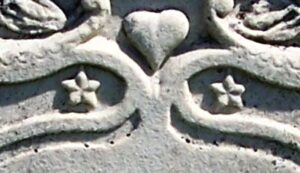 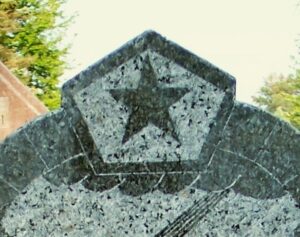 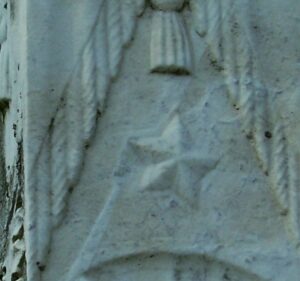 The six-pointed star is the Star of David, typically used as a symbol of Judaism. The star is comprised of two triangles and signifies divine protection. 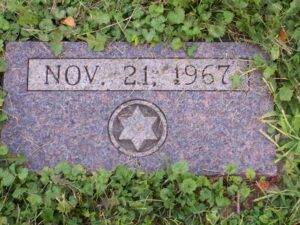 Perhaps your ancestor was a church officer or trustee at the former Duckcreek Church. [1]

Below is a list of the Duckcreek Church leaders and trustees from 1879-1880. The trustee list is broken into two lists, Willshire and Duckcreek, the two churches that made up what was the Willshire Circuit at the time.

[1] Duckcreek Church was established in 1858. A frame church was built about 1868 and was located a couple miles north of Chatt on State Route 49 in Mercer County, Ohio. The church was destroyed by a tornado in 1920 and was never rebuilt. Many of its members joined the Chattanooga Methodist Church after their church was destroyed. 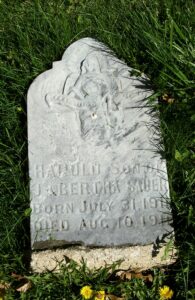 This is the tombstone of Harold Sauer, located in row 8 of Zion Lutheran Cemetery, Schumm, Van Wert County, Ohio. The marker is inscribed:

Harold Friedrich Sauer was born near Schumm on 31 July 1911, the son of Johann and Anna “Bertha” (Roehm) Sauer. He was baptized at the home of Henry Roehm on 7 August 1911 and his parents served as his sponsors.

Herold Friedrich Sauer died of convulsions on 10 August 1911, at the age of 10 days. He was buried on 12 August and was survived by his parents and 4 brothers.

Harold Sauer’s father, Johann Sauer Jr, was born in Germany in 1881, the son of Johannes & Anna Katharina (Meisinger) Sauer. His mother Anna “Bertha” (Roehm) Sauer was born in Van Wert County in 1882 and was the daughter of Henry and Catharine (Geier/Gaier) Roehm. John Jr and Bertha married at Zion Schumm 22 February 1903.

The Johann Sauer Jr family moved out of the Schumm area and resided in Fort Wayne, Indiana, by 1920. They had another child, a daughter Elsie, born in 1915. The parents died in Fort Wayne in the 1960s. 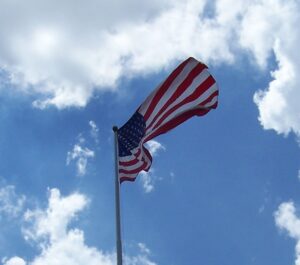 Today, to celebrate Independence Day, our nation’s birthday, a few lines from some favorite patriotic songs:

Land that I love

Land of the free

Stand beside her and guide her

God shed his grace on thee

Proud to be an American

Long may our land be bright with freedom’s holy light, protect us by thy might, Great God our King.

I was able to compile the above list from memory and I am sure many of you could do the same. However, I also did an Internet search for patriotic songs, just in case I had missed a good song. I couldn’t believe the following songs were included in a list of great patriotic songs: Born in the USA by Bruce Springsteen, Living in America by James Brown, and Party in the USA by Miley Cyrus. Seriously? Not on my list of patriotic songs!

Wishing you and yours an enjoyable and safe holiday weekend.

And pray for America. 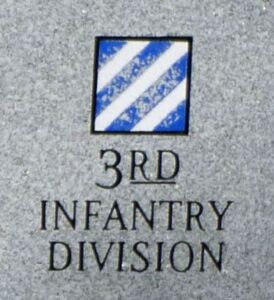 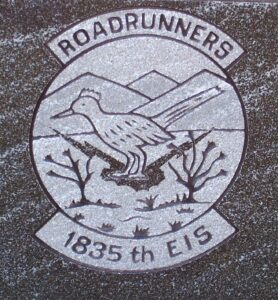 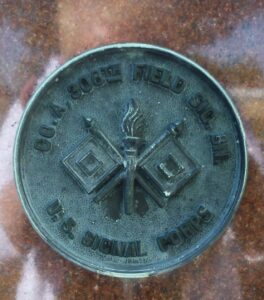 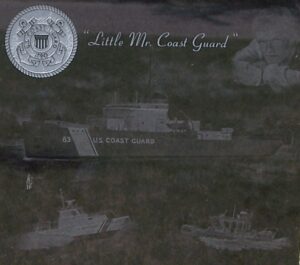 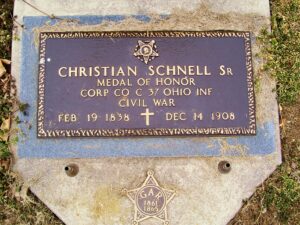 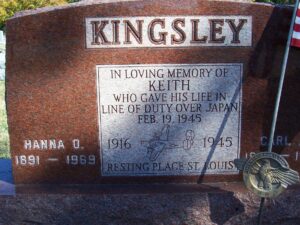 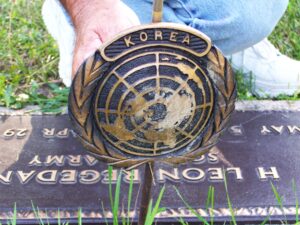 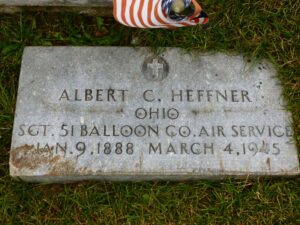 And, my dad’s WWII service:


Greetings from the Chattanooga, Ohio, area. Yes, Ohio has its very own Chattanooga, aka Chatt, a small village in west-central Ohio, near the Indiana border. I have been doing family history research for over 20 years and am a Board-Certified genealogist, certified by the Board for Certification of Genealogists®. My main genealogical interests are family research, cemetery research, and historical and genealogical research of the Chatt area, with a focus on two area Lutheran Churches, both named Zion Lutheran, one in Chatt and the other in Schumm, Ohio. Family names I am researching include Miller, Schumm, Brewster, Rueck, Reid, Headington, Huey, Bryan, Whiteman, Schinnerer, Scaer, Breuninger, Bennett, and a few others. I belong to several lineage societies, including the Daughters of the American Revolution, U.S. Daughters of 1812, First Families of Ohio, and First Families of Mercer and Van Wert Counties. I am also a retired dental hygienist and our church organist. I hope you enjoy Karen's Chatt.


The words Certified Genealogist are a registered certification mark of the Board for Certification of Genealogists®, used under license by board certificants after periodic evaluation. The board name is registered in the U.S. Patent & Trademark Office.