Changes in Technology Over the Years 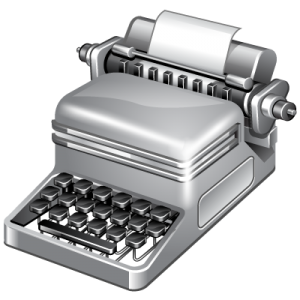 I am participating in Lorine McGinnis Schulze’s “52 Weeks of Sharing Memories–A Genealogy Journey.” Lorine is the creator of the Olive Tree Genealogy Blog and followers of the 52 Weeks of Sharing Memories project journal weekly, writing about family-related topics that Lorine gives us each Sunday. By the end of the year I will have a journal of my memories. A few weeks ago our topic was “Changes in Technology” over the years. As I wrote about this subject I thought of a number of items that I have used during my lifetime that are now pretty much obsolete. Obsolete: (adjective) No longer produced or used; out of date. Below are some of the changes in technology that I have seen.

Crank phones out, cell phones in. Back in the 1950s my Miller grandparents had a hand crank phone on their desk. According to Joe, our resident communications expert, that type of phone was called a magneto. It was a black phone with a little crank sticking up where the rotary dial was located on future phones. I still remember their very unusual phone number–121F14. I was not allowed to try to make a call on that phone. The whole calling-out process on their magneto phone seemed very complicated and I always wondered how Grandma knew how many times to turn that crank. To make a call she used what appeared to be a very complex system of rapid turns interspersed with specifically-timed starts and stops. As I recall, they knew when to answer their phone when it rang specific long and short rings. They were on a “party line”, which meant that several of their neighbors, including the Sipes, were on the same phone line with them. Grandma could always tell when the Sipes would get a call. She would carefully pick up the phone and “listen in” to learn the latest neighborhood news. I wonder if the Sipes knew she was listening in. Probably. They were most likely doing the same listening-in thing over at their house. I remember that Vernon Caffee had a big wooden wall phone in one of his out-buildings. You would talk into the stationary mouthpiece and hold the earpiece to your ear. After the magneto phone was the rotary dial phone. I know of some people today who say they do not know how to use a rotary dial phone! That mechanism doesn’t seem all that hard to figure out. Phones eventually evolved to push-button dialing and then to cordless phones. Today just about everyone has a cell phone and cell phones seem to be replacing “land-line” phones. One of my co-workers still has a land-line phone. Her little grandchildren, who are only familiar with cell phones, are scared of her home phone and start to cry when it rings. Cell phones have pretty much eliminated the need for pay phones and phone booths, too. It makes you wonder where Superman would change his clothes these days.

Thumbs down for the slide rule, thumbs up for the calculator. When I took high school algebra we were allowed to use a slide rule. The slide rule was developed back in the 17th century and supposedly could do a multitude of mathematical calculations, but you could not prove that by me. I carried my slide rule to class, moved the bars around and tried to look proficient with it, but I never did figure out how to use the thing. I was overjoyed when the pocket calculator was invented in the mid 1970s.

Good-bye to typing. I learned to type on a manual typewriter when I was a sophomore at Parkway High School. All in all I was a fairly fast and accurate typist. After all, typing is sort of like playing the piano or organ and I can play a pretty lively tune on both. While I was still in high school my parents bought me my own electric typewriter, a sleek Smith Corona with a light touch. My fingers would fly across the keys, but typewriters could be very unforgiving. If I made a mistake I would have to type the whole page over. The closer I got to the end of a page, the more nervous I became. I eventually came to rely on erasable paper and white correction ribbon, depending on how picky the teacher was. I remember Chris, the gal in the next dorm room at BGSU in the early 70s. Her typing skills became apparent late at night. I would hear her typing in the wee hours and without warning she would shout some expletives, rip the sheet of paper out of the typewriter, insert a new sheet of paper and then start typing again. The late night routine went like this: tap, tap, tap, #@%&, rip, and the process would start all over. Over a decade later Joe and I purchased our first home computer. I could edit my work before I ever printed anything. What a wonderful concept. The computer would even let me know when I misspelled a word. However, there is at least one advantage that a typewriter has over a computer: filling out a pre-printed form or certificate. It is difficult, but not impossible, to put names on a certificate while using a computer. It just takes time and a lot of trial and error. I still have an electric typewriting in the basement and I use it occasionally. Not many typewriters are manufactured these days. It was reported that the world’s last typewriter factory closed 26 April 2011, but an update to that story reports that a few are still being made.

Speaking of computers, they have made recording and sharing genealogical information much easier. No longer do we have to write family group sheets out by hand or type them with a typewriter. Now we can enter, save, and later edit data with a genealogy program and print out the report of our choice with just a click of the mouse.

The beat goes on…The way we listen to music has changed over the years. I remember the large 78 rpm records, followed by 33 rpm vinyl albums and 45 rpm records. We had to play those records on a turn-table with an arm that held a diamond needle. Records would get scratched and then sound scratchy and sometimes “skip”. The 8-track tapes were invented and they made music portable if you had a tape player in your car. We used to listen to 8-track tapes in the car a lot and we enjoyed that great stereo sound. The 8-track tapes worked well until the tape player “ate” the tape. Next came cassette tapes, which were smaller and even more portable. We could even listen to them while walking. Most recently is the CD, which is almost a thing of the past now. Today nearly everyone downloads music from i-Tunes.

Kids today will never truly appreciate the TV remote. I recall a time when someone had to physically get up from the sofa to change the channel. There was no channel surfing in those days unless you wanted to sit right in front of the TV and turn the channel tuner. Of course there were only about 3 network channels to watch back then.

Photo film is nearly obsolete today, too. It is so convenient to see digital photos immediately and to have the ability to delete the ones that don’t turn out.

Yes, technology has improved our lives in many ways over the years and it is important to keep up with the changes. Technology can be a good thing and in this instance I do not have the desire to go back to the old days.